To register my courses at ONLC: 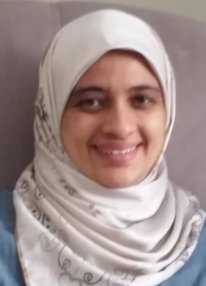 Links to Talks and Recorded Webinars

How to read research papers for writing your thesis literature survey?  (in Arabic)

Data Science In Action (in Arabic)

How to apply for postgraduate studies in the USA? (in Arabic)

Volunteer with Momken Team - Engineering for The Blind (in Arabic)

Engineering for The Blind (in Arabic) 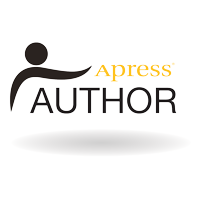 Engy Fouda is a Muslim Egyptian-American author, freelance engineer, and journalist. She holds two master's degrees. The recent one is in journalism with Data Science electives from Harvard University, Extension School, and another one in computer engineering from Cairo University.

Moreover, she volunteers as the Team Lead for Momken Group (Engineering for the Blind), Egypt Scholars Inc. She published several books that made Amazon best-selling charts for Arabic books.

Currently, she teaches SAS, Docker, and Kubernetes at ONLC (Microsoft Partner)  as a freelance instructor,  works as a freelance editor at Polaris and Dawn company, a freelance technical editor at Versailles Engineering Systems Lab, Paris-Saclay University, and a news reporter at Blasting News. Further, she is a volunteer journalist at MVSlim.com.

In 2002, she joined the American University in Cairo as a teacher assistant in the Electrical Engineering Department. Then she worked as a teacher assistant at the German University in Cairo (2003 - 2007), where she founded the GUC Robotics Research Group. She was the Editor in Chief for Mn Europa Elbalad magazine for three years. She is a Microsoft Charter member for .Net, and was a Microsoft Certified Trainer and she instructed many classes at different training centers. She is a volunteer at Resala Charity Organization, an Egypt and US-based charity organization. She was the team lead for the Resala software group. Throughout her career, she worked at several companies and did several freelance projects.

She is a wife and a mother. She plays taekwondo (already as a black-belt), rides horses, and loves nature. She speaks Arabic, English, good German, and very basic French.

Engy Foda received the IEEE RAB Leadership Award for the year 2002 and first place at  Nortel Networks for graduation projects in 2001. She is a member of the IEEE, Microsoft Certified Professional Club, and Egypt Engineering Syndicate.

She has experience in designing and implementing programs and devices for the visually impaired, system analysis, databases, computer vision and image processing.